Melanie at Mailbox Journey has invited us all to a little link party to find out:

I already shared some dirt on this topic a while back, here, but I figured a total purse cleaning was needed again. It's been just over 6 months and let's just say I haven't made any progress on keeping it clean.  And I may have discovered more weird items this go around (although no kitty).  Let's make this a bit more simple: 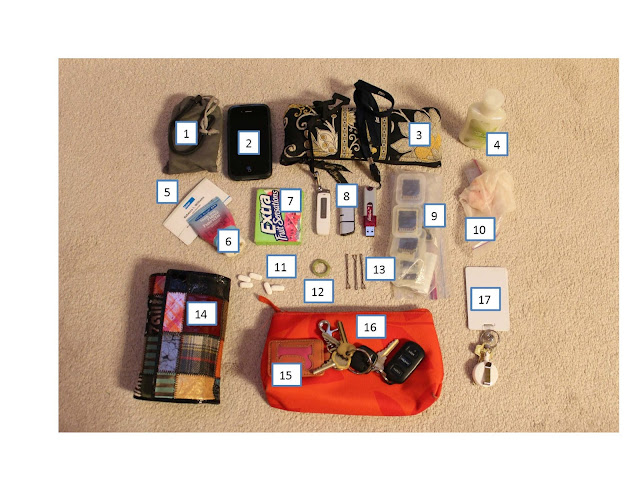 1: My point and shoot digital camera.  I never leave home without it, though I rarely use it anymore and instead choose to use my cell phone camera.
2: My work cell phone.  I hate iPhone by the way, but I didn't want to get a Droid and confuse it with my own phone.
3: Makeup bag.  We'll check that out a bit more below and see how I purged some items from it.
4: Bath and Body works Lotion.
5. Business Cards.  With my old position so I threw these out.
6. More lotion, uh WHY?!  Got rid of this one.
7. Gum.  I had thrown this in there for a meeting so it's now just back in my desk at work.
8. 3 flash drive.  Apparently these are still getting transferred when I change purses even though I have been out of school 3 years now and don't need them.  One has stuff for a big engineering test I'm studying for, so it stays.  The others were put away.
9: All camera disk, since I started using a digital camera.  I never until I got my DSLR took pictures off of these because I was afraid to lose them all.  I had to get an external harddrive for my pictures now since DLSR files are huge!  I apparently couldn't think of a place I won't lose them (i have a tendency to put things somewhere I won't forget....but then I forget....).  These are now in with all my DLSR camera stuff.
10: Tum, Tum, Tum, Tum, TUMS!  These were to bring to work, but apparently never got out of my purse.  Now in my desk.
11: 5 stray acetaminophen tablets.  I was getting some killer headaches for a while and these were everywhere!  Like I'd fold a pair of pants and they would fall out of the pockets.  Guess these guys never got thrown out (or used).  Had I known they were there....gah!
12: Plastic key identifier.  This has been hanging out in my purses for 5 years. Again I ask, WHY?!  It's now identifying my trash.
13: 3 bobby pins.  Usually I keep one in my purse and the other 2 were thrown in there to use the other day but I never did.
14: Wallet.  We'll look at it some more below.
15: My keys.  "R" key chain, house key for my Aunt's, house key for my Brother's and our own house key then my car key and fob.
16: Random catch all bag.  We'll clean it out below.
17: Entry/ID card for my building and office.  Also bathroom key. 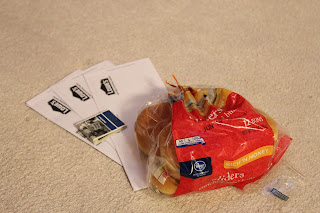 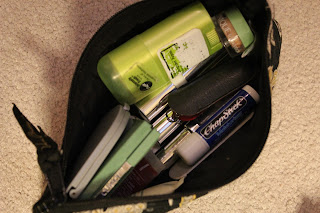 This baby is quite a mess.  I was able to throw away the dried out deodorant, used with makeup tissues, 2 of 3 nail files, the old blush which was pretty much gone, a makeup brush I rarely used, a dried out mascara and a dried out foundation. 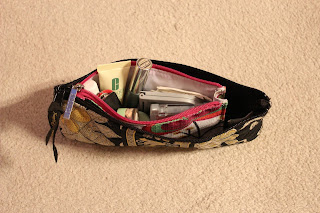 New and improved, smaller bag (in a more fun print too)

The new makeup bag fits inside the small one (smaller in all directions).  I added a new mascara but didn't have another small deodorant.  The new blush is much smaller and brand new (gotta love samples).  The dried out foundation was pointless because I had a perfectly good foundation in there already as well. 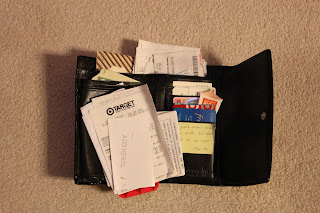 I love this thing.  I got it from a Leather Factory in Florence, Italy.  I had WAAAYY to much stuff in there (like normal).  I got rid of more old business cards, put away some 3+ months old receipts, shredded credit cards that were expired and not used, threw out my health insurance cards which are inactive since I switched to my husbands when we got married (yes 2 years ago), and organized my gift card collection.  She closes just fine now. 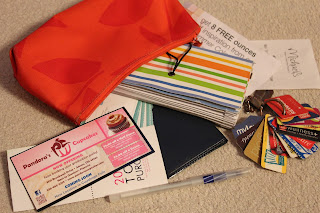 Mostly this holds my little coupon folder, the key cards, check book and a pen.  I recently stashed a bunch of stray coupons in there so they got organized in the mini folder.  I also threw out all expired coupons (which I often forget to do).  I went threw my key cards and got rid of a bunch then put them in order by most used.  I can never find Giant Eagle but I use it weekly.  I got rid of a library card from the district I use to live in, the hair cut place card (because I rarely get a hair cut or do it myself), and the tanning salon card (which I got for free for a week before my wedding).

After this clean sweep I threw everything into the new purse and took it to where I keep my things for the morning and realized it was practically just as heavy, sigh.  Guess I didn't remove anything big (and I did have those buns in there...).

Any ideas on what I should remove to make it lighter?  What don't you think I need?

Happy 2 Year Anniversary to my husband! 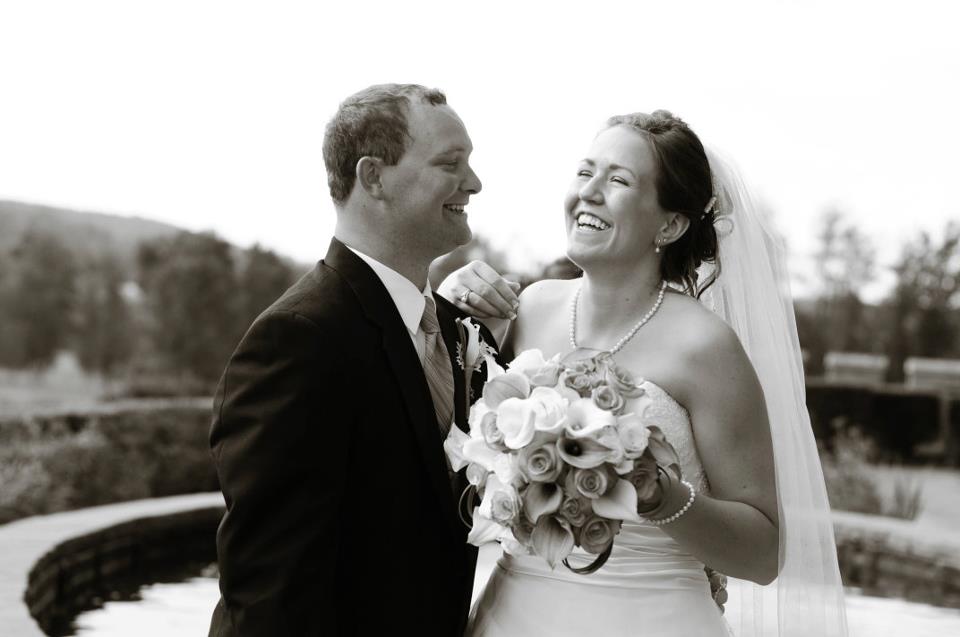 Although he drives me crazy at times, I still love him.

He's taking me out to dinner tonight and given me my exact request for a "gift" each year so I'd say he's a keeper. Since I didn't blog when I got married let's look at a few other flashbacks, because who doesn't love wedding photography?! 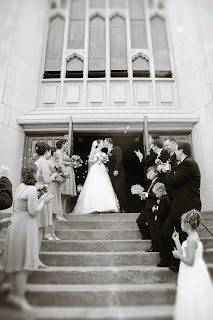 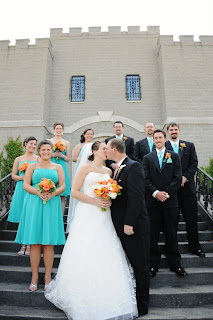 We celebrated in a "castle" (aka fancy country club) 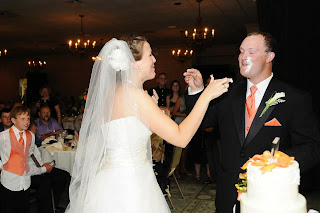 He let me do this at the reception and kindly followed my rule that if he did it to me I'd slap him, in front of our families. 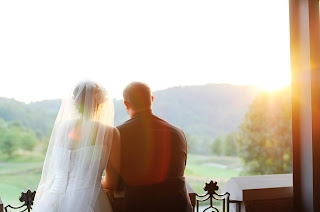 I can't wait for what our future holds!