I never claim that the cupcakes I bake and show you guys are imagined in my own head.  Because truth be told, I'm not as creative as I like to think I am.  I do claim that I LOVE cupcakes and baking though!  Decorating/Icing cupcakes is definitely my idea of a fun time.  Feel free to check out my entire Pinterest Board dedicated to Cupcakes.

So let's get to it and look at some fabulous Apple Cider Cupcakes (recipe found here).  I've been dying to get some apple cider to drink all Fall and this was the perfect excuse to buy some.  Since I only needed one cup there was A LOT left over for me. 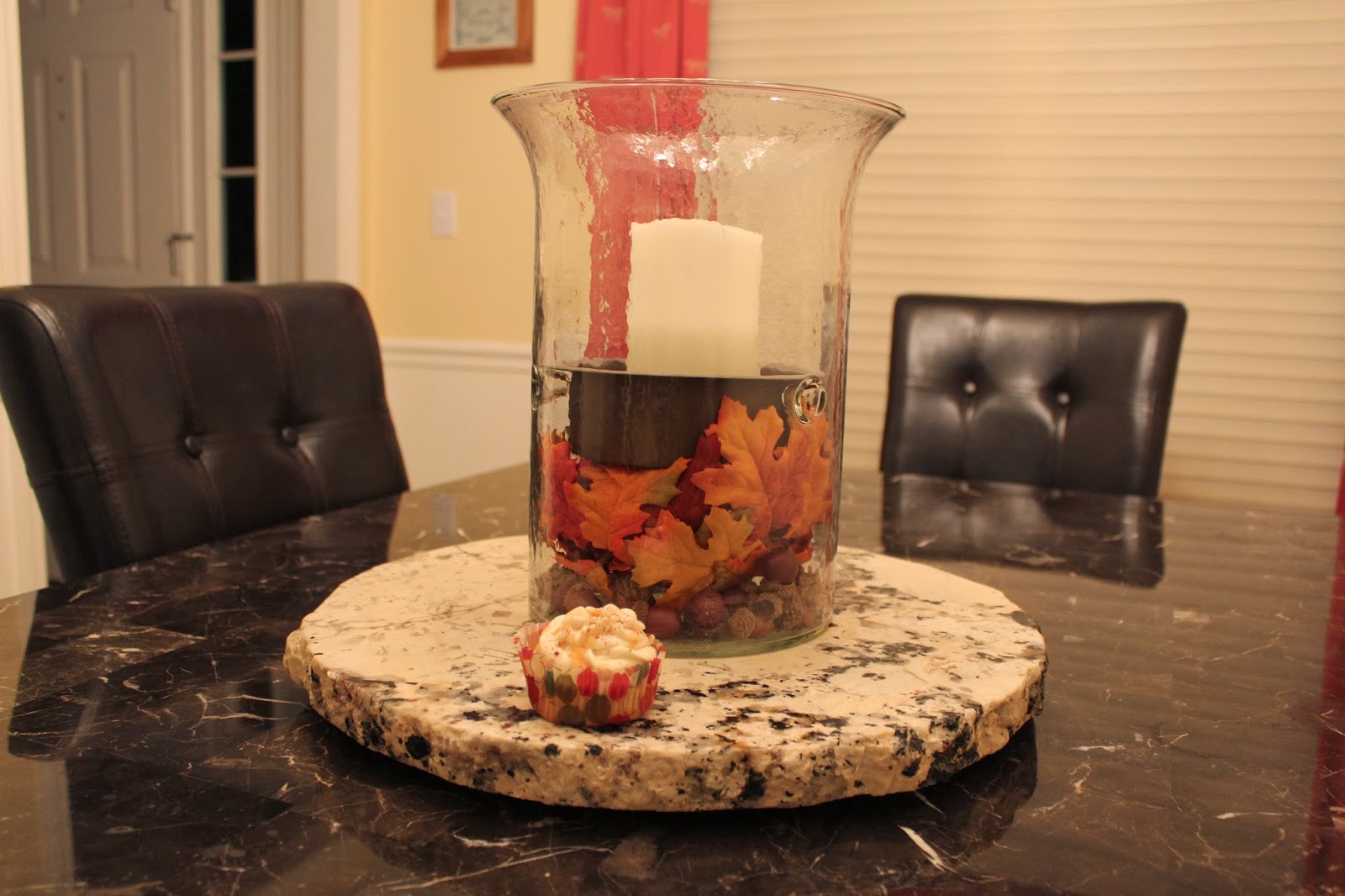 Forgive the bad lighting, that's what you get for taking pictures at 5:30 am 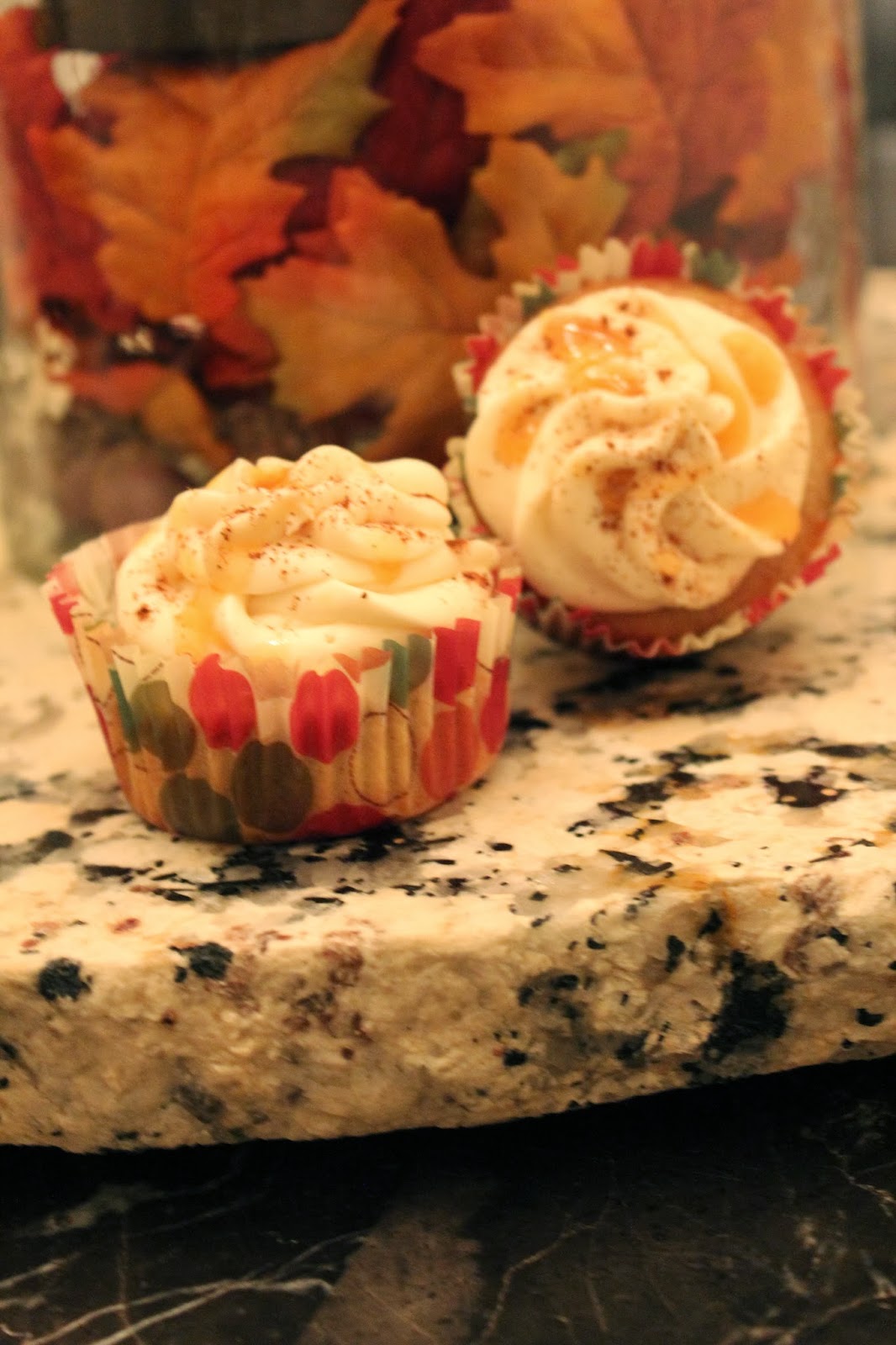 Sprinkled with cinnamon and drizzled with chocolate

Two major critiques on these cupcakes and icing.
1.  The cupcakes were dense.  They seemed more like muffins to me in that sense.  Oddly, I made caramel apple cupcakes a few weeks ago (and a friend also made another recipe for caramel apple cupcakes last week) and they were dense too.  I'm wondering if it's an apple thing.
2.  The icing was very runny.  I had to put this in the fridge just to get it to set up enough for me to frost them all fancy.  Even the left over that was in the fridge for a week (and I snacked on) never got very hard.  Maybe I'm just not use to it since my icings are usually pretty thick. 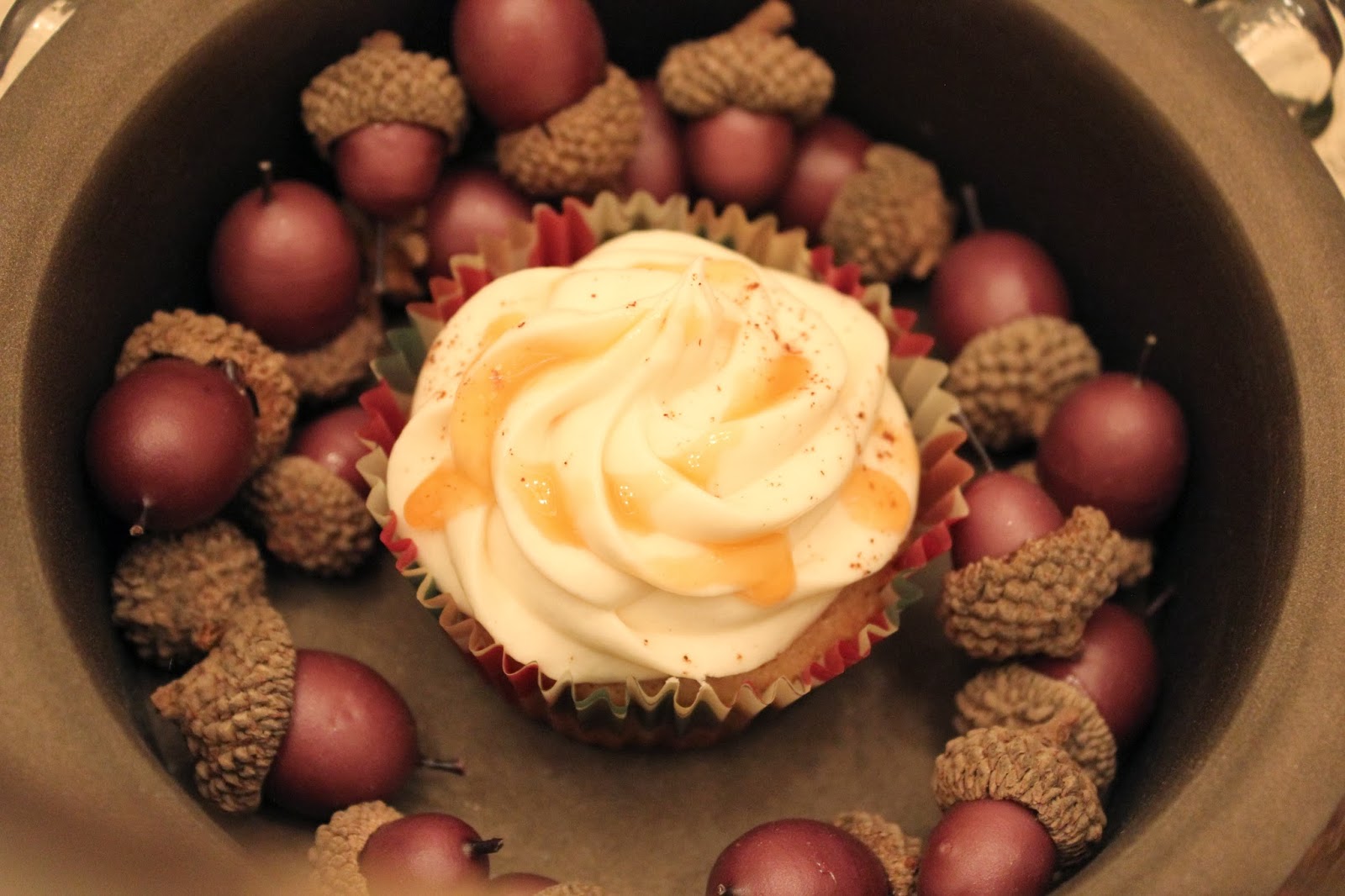 I like the cupcake MUCH better than a candle as the centerpiece!

Have you baked anything delicious lately?  What do/would you spike your apple cider with?