My oldest niece turned 3 right after Christmas.  Finally after everyone got over being sick in their house, we threw a party to celebrate.  This year the request was for a Thomas the Tank Engine themed party.  Since I helped out last year by making her cake I offered to do so again.  I figured a well known character would be easier than a character I had never heard of (Kipper from last year is a British TV show character).  Not so...

I searched around Pinterest for ideas on how to create a Thomas the Tank Engine cake.  I filled my Cakes/Cupcakes board with quite a few tutorials and googled the heck out of images of Thomas.  It slowly started to come together as I worked on the cake but I had my doubts until the very end. 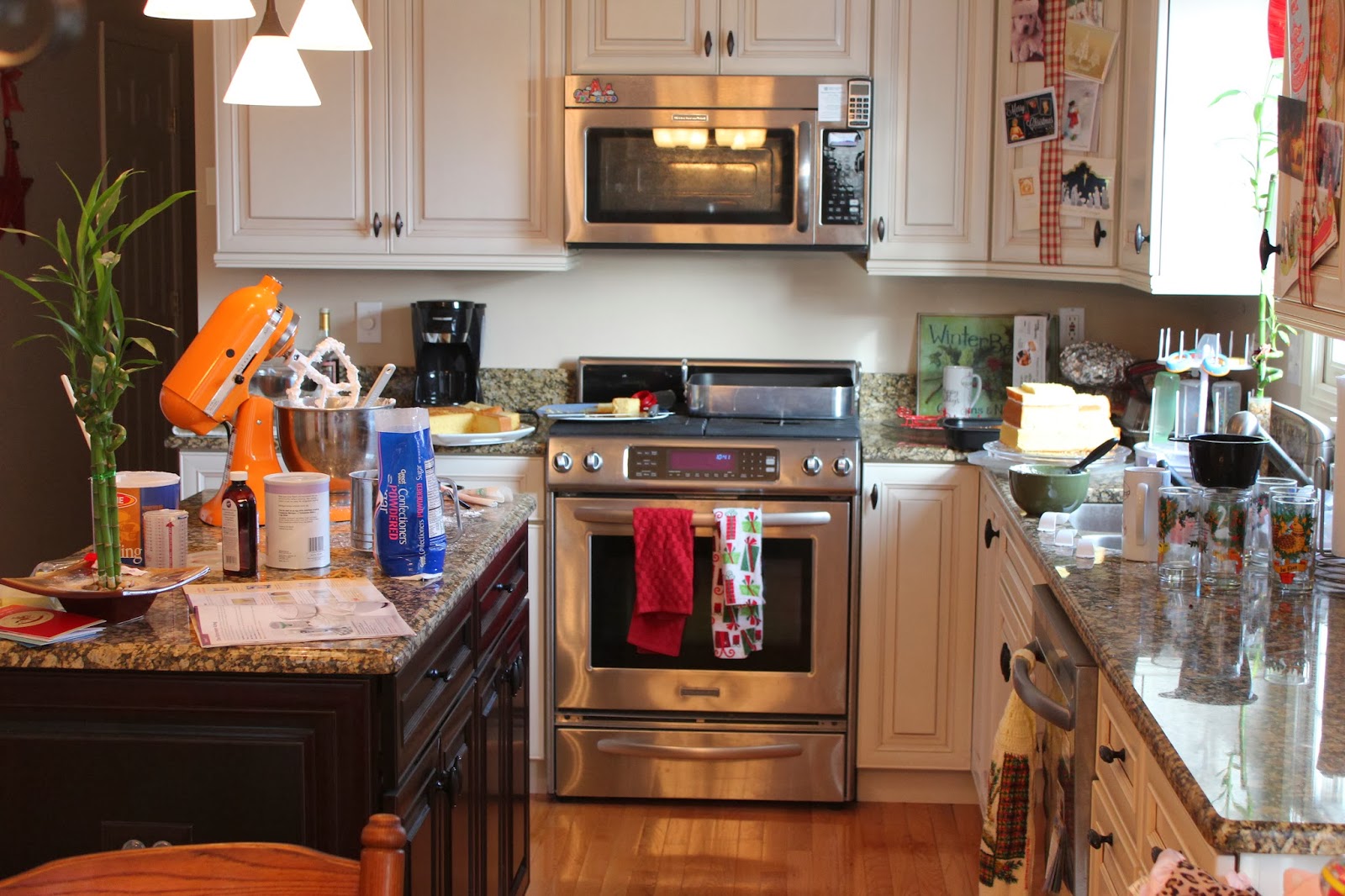 My mess of a kitchen.

I baked a large sheet pan cake (approximately 4 boxes of cake mix) on Thursday for the party Saturday. I broke the large sheet cake into some smaller pieces (but not so much that it wouldn't be large enough to use) then placed in the fridge overnight. On Friday morning I pulled everything out and built the cake.  I used multiple layers and shapes and did a layer of icing between everything to make it stick. 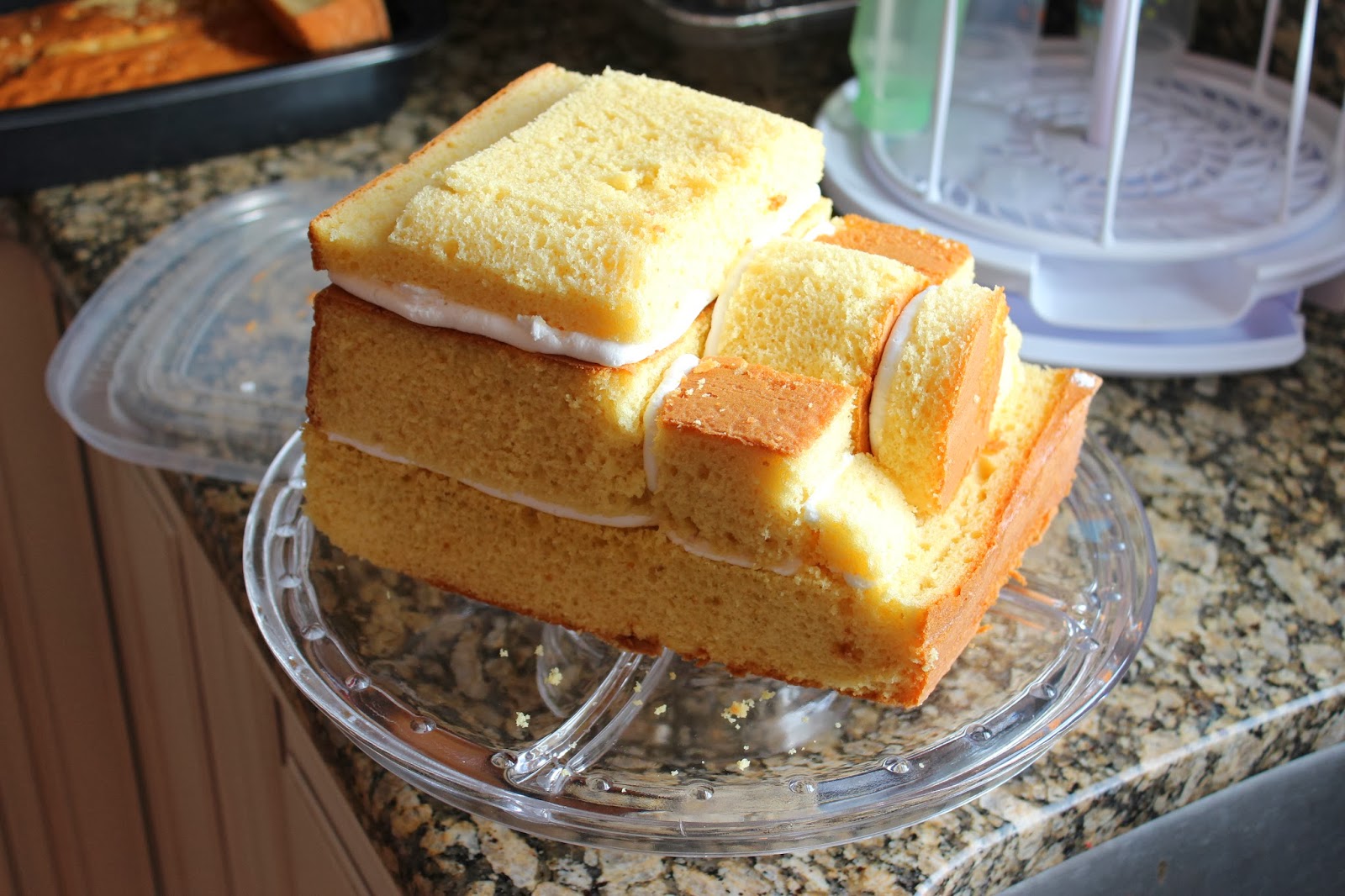 I placed this back in the fridge just a bit for it to "harden" up some.  This makes it a lot easier to ice without tiny pieces of cake crumbs being loose. 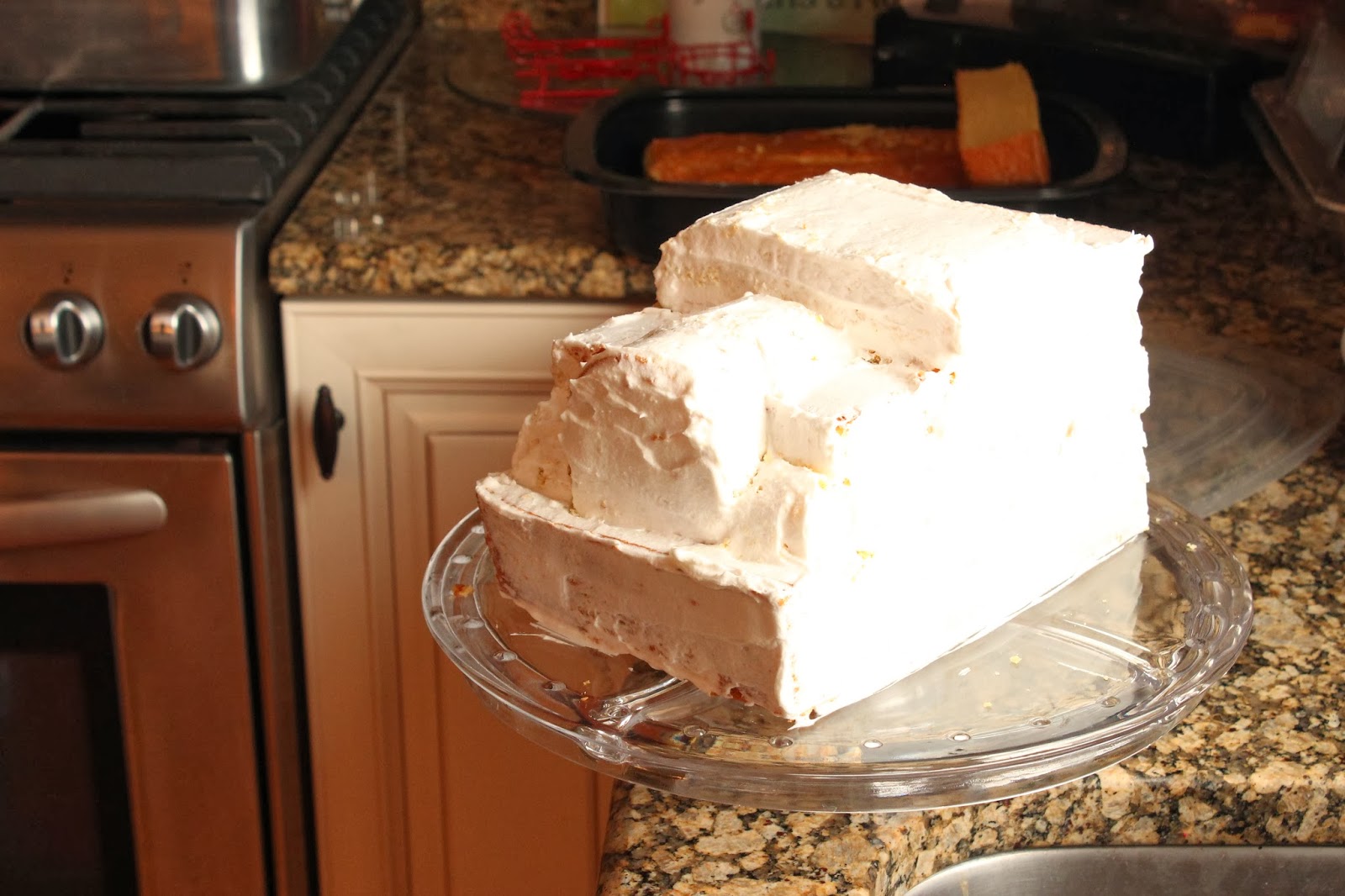 This is the point where I found out due to sickness the party was cancelled and freaked out.  Then I consulted Lord Google himself and found out I could freeze the cake.  Guess I could have figured that out myself being that our wedding cake is still in the freezer sitting around for another bite at year 3.  So I placed this into the freezer to harden up the icing before wrapping it.  The next day I pulled it out quickly, wrapped with Saran Wrap and placed back in the freezer until who knows when at that point.

Once the party was rescheduled I pulled out the cake Friday afternoon before the Saturday party.  I spent the evening putting a thicker layer of icing on the cake.  It went on nice and smooth since the "dirty" icing left a better surface to work on.  Then I layered it in fondant (trying not to think about that tough task) and did all the little decorative elements. 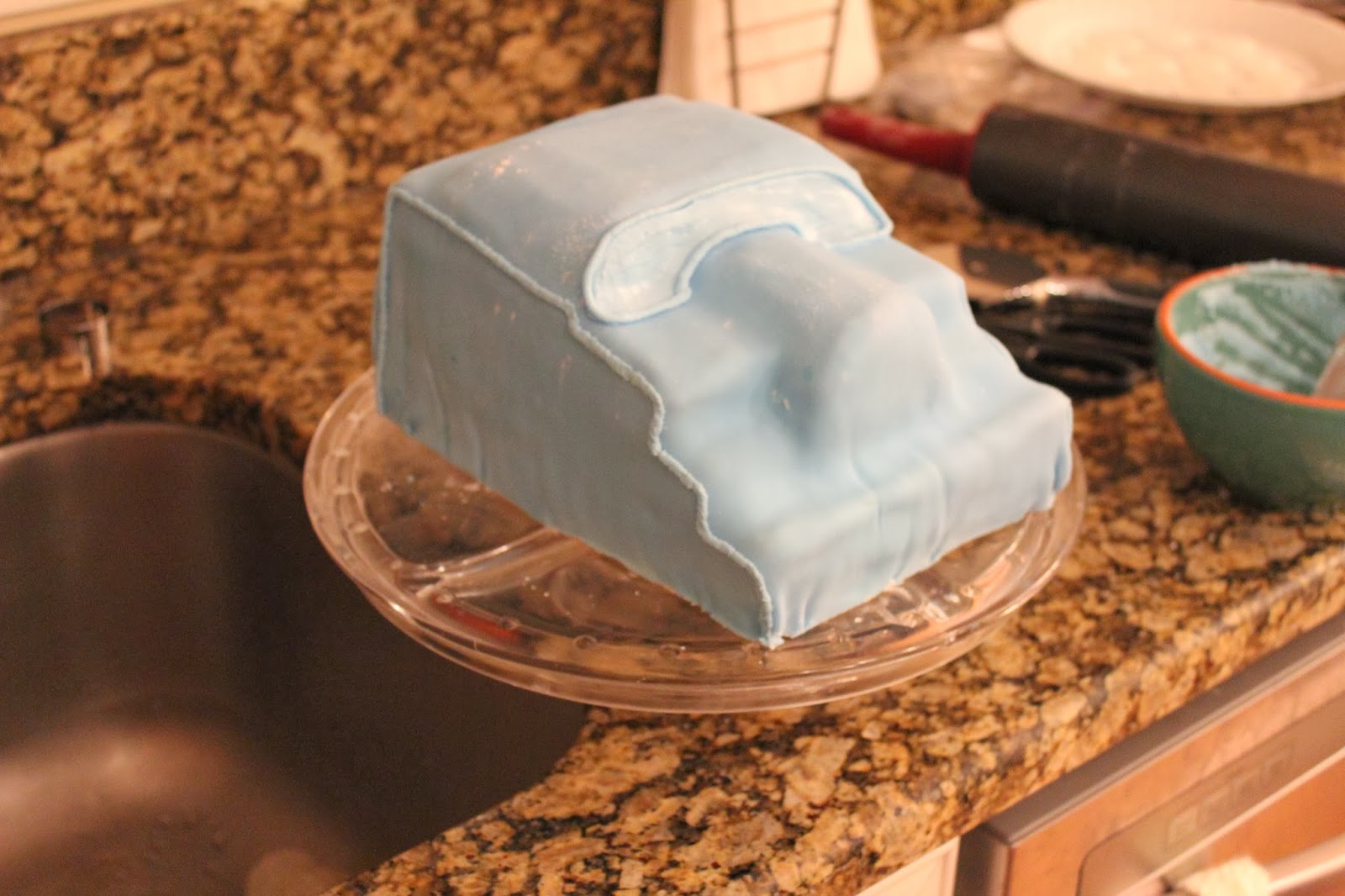 Layer of fondant on. 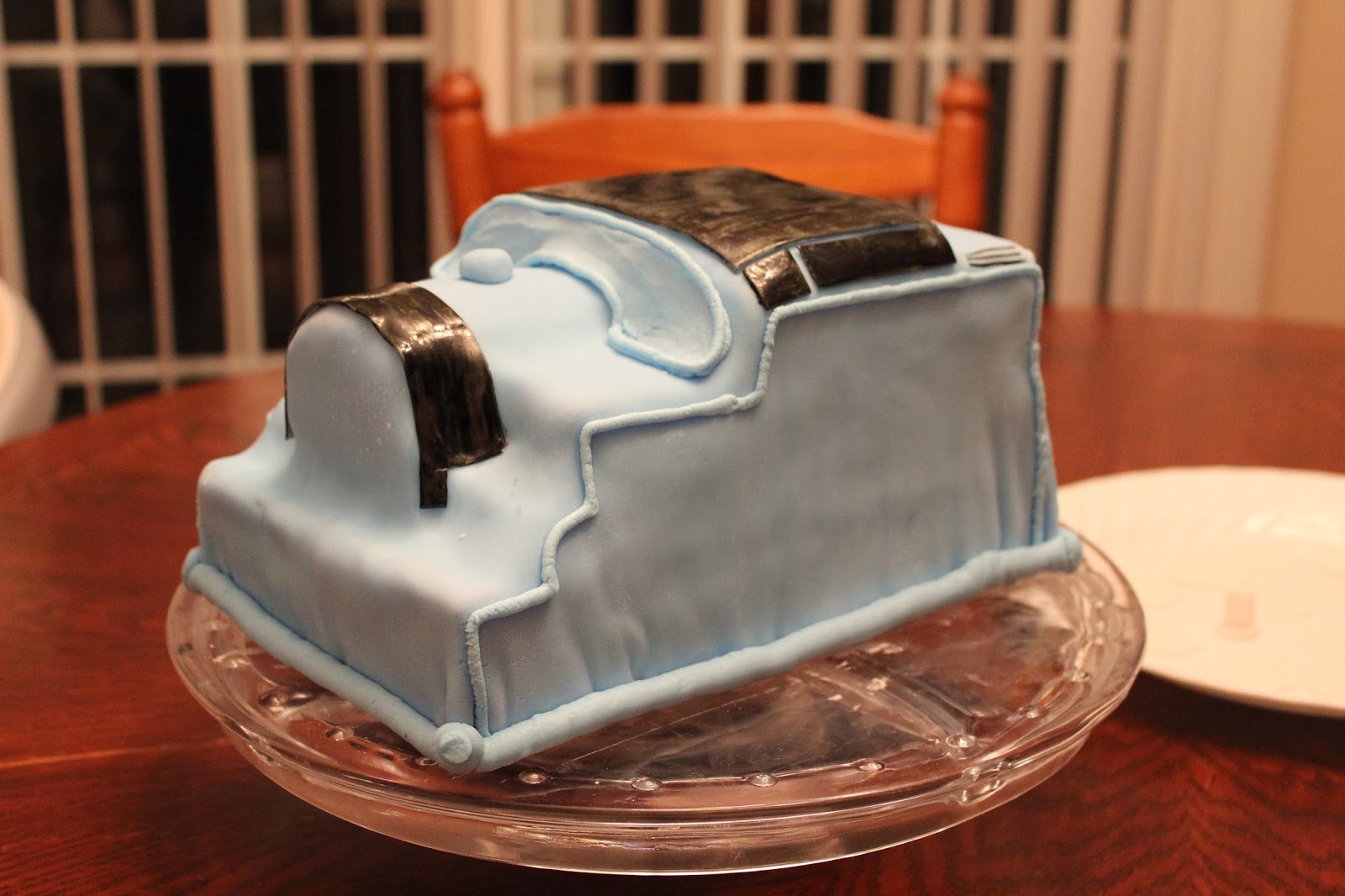 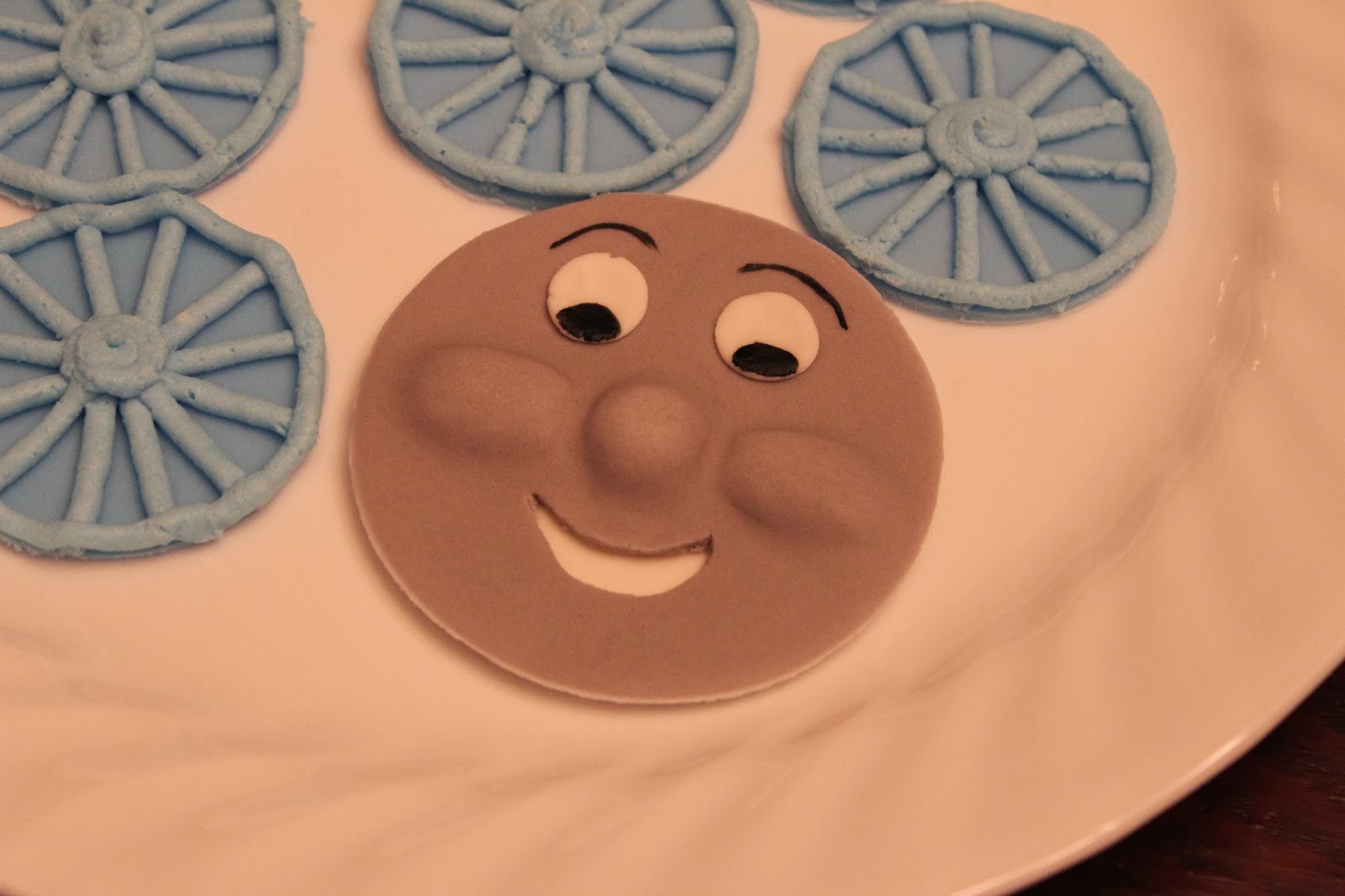 Thomas himself (I made this way early so it would harden, it's from fondant as well) and train wheels (fondant circle with icing spokes) 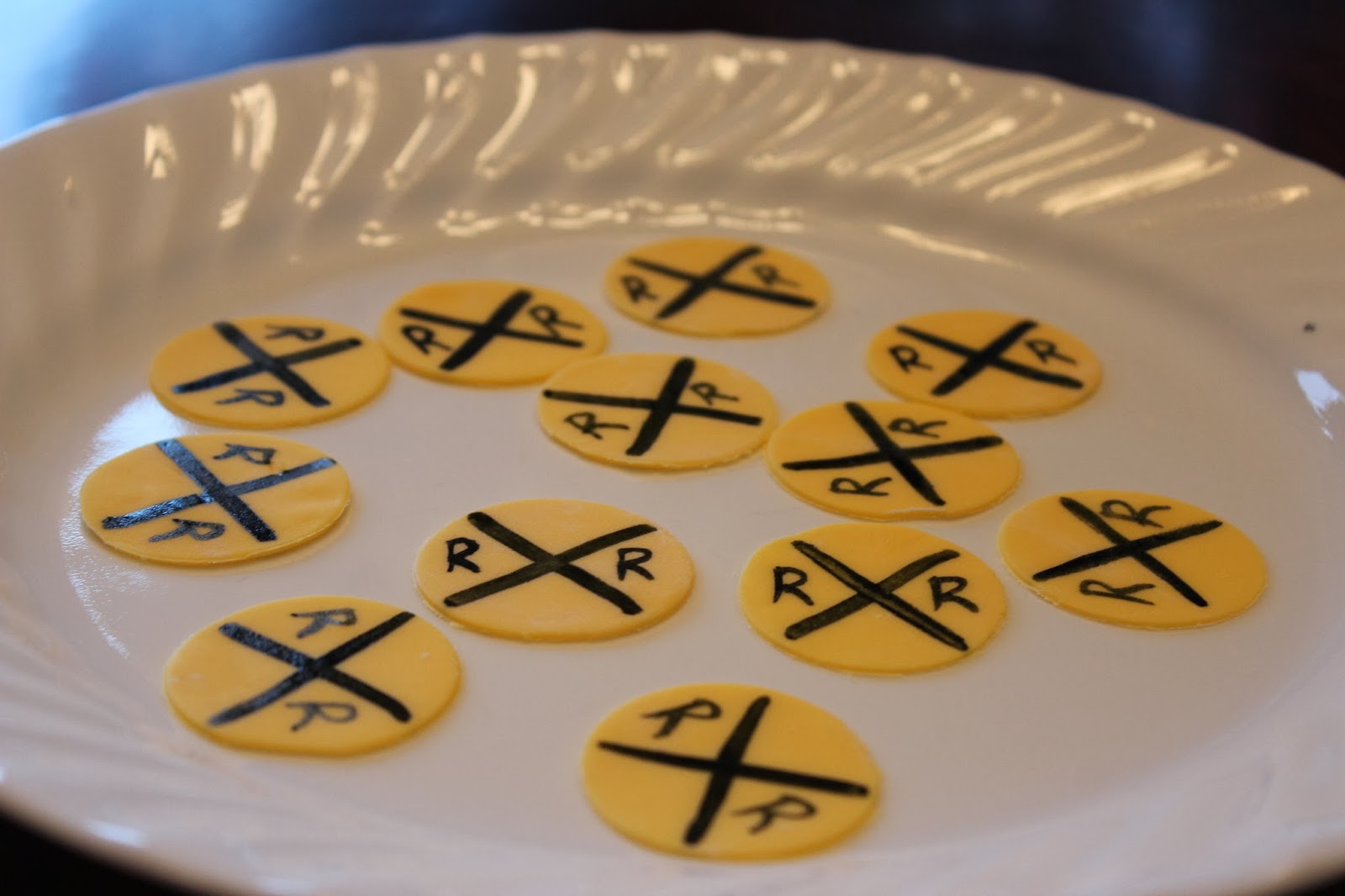 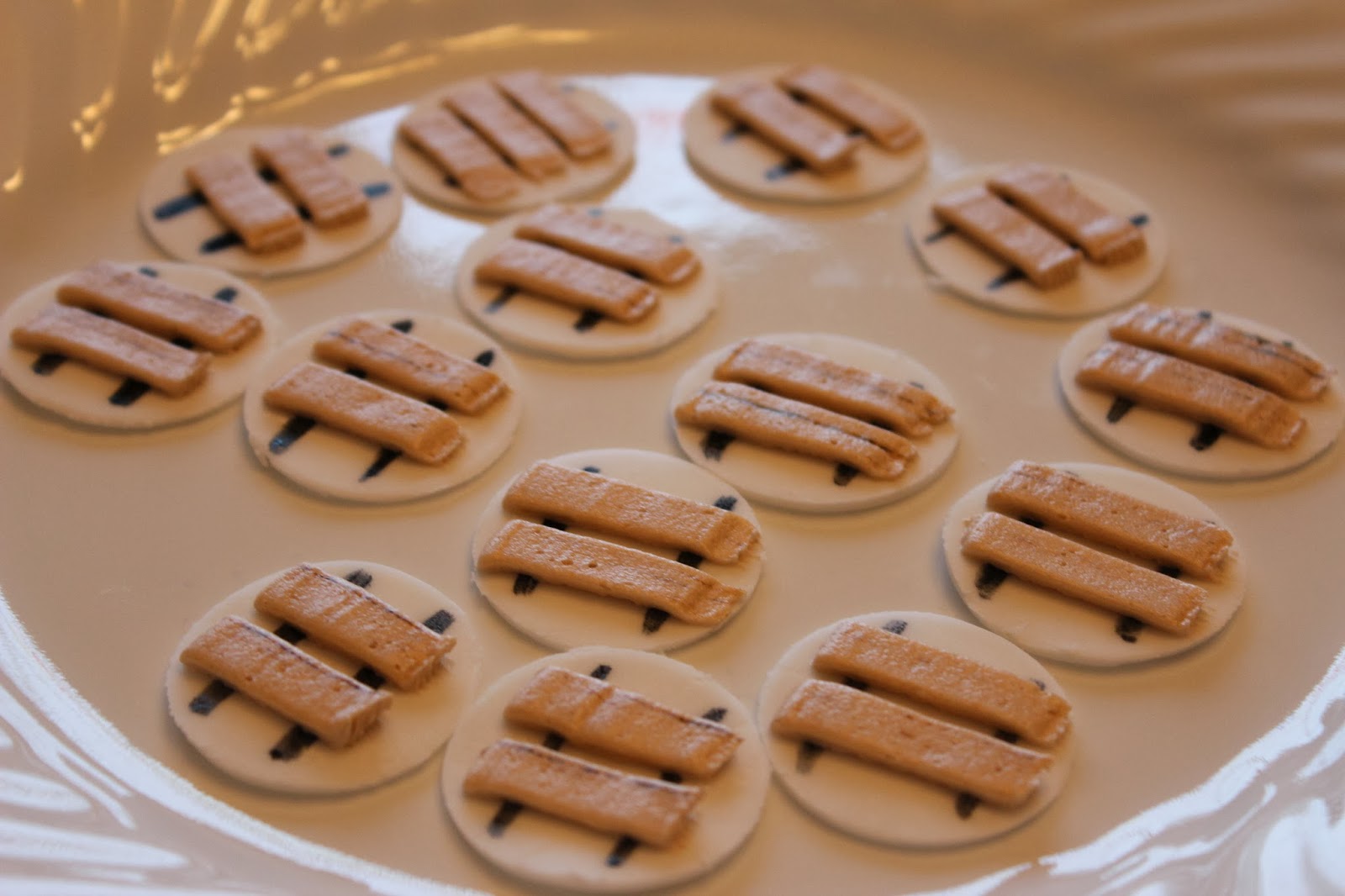 Saturday morning I was up early and assembling the final touches.  I also had to make the cupcakes that I was bringing to the party because I'm never sure how many my cakes will really feed. 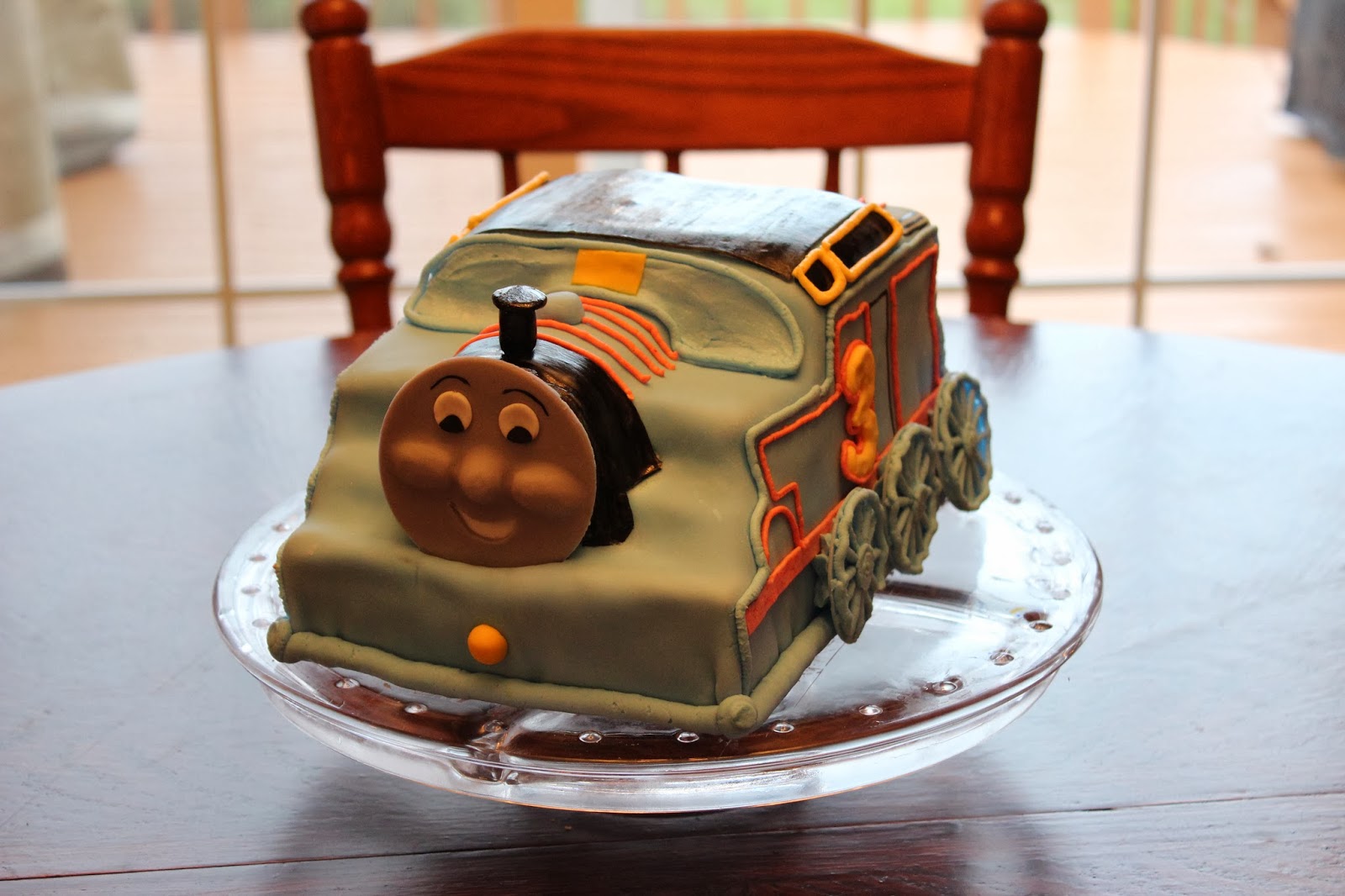 For your viewing pleasure: Thomas the Tank Engine. 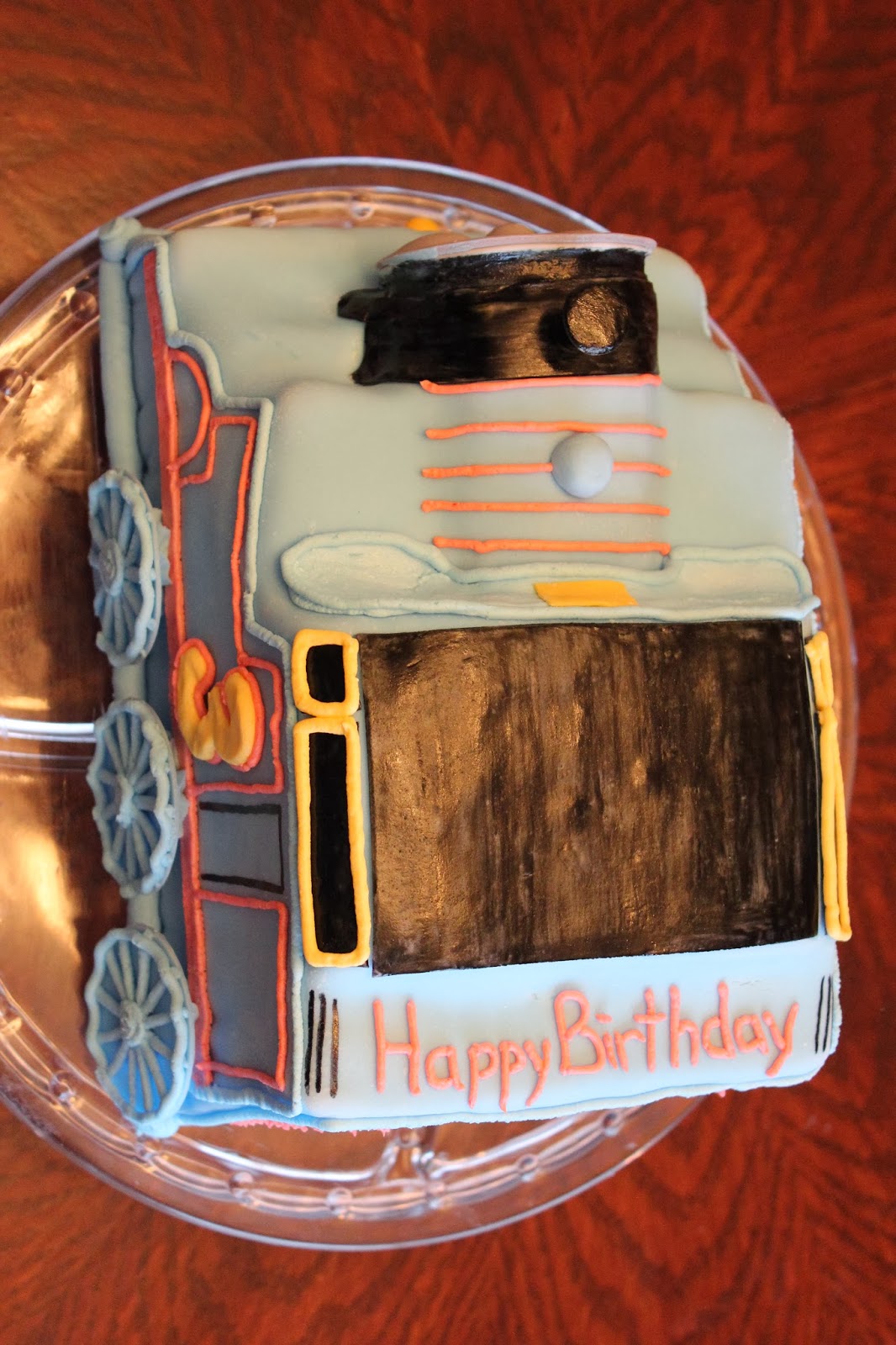 Like I said, in the end I liked how it turned out, but I was doubtful during the process.  Not perfect but the birthday girl was happy and that's all that matters.

So glad this bad boy survived an hour and a half drive to the party as well.